To support inclusivity, we are hosting our second LGBT competition on the 28th July. Comp starts at 10am, and we are looking for loaders to help with the platform. Food and t-shirt included.

To volunteer or for more information, email Dom at dom@gbpflondon.org

This year, BGWLC have three lifters selected to compete for Great Britain – Thomas Celestin (105kg) , Ernie and June. They will be joined by current World Masters M2 (93kg) champion Robert Rodney. This is the first European Powerlifting championships and will be held in  Helsingborg, Sweden over the course of this week, we wish the lifters much success.

Full results will be available on the EPF website

I cannot write about “old Ron” without giving a brief history about the Club, as both he and the gym were entwined for many years.

Ron was born on the 2nd October 1931 in the London Hospital, Whitechapel. He first attended the Club in 1947 at the age of 16. At that time the gym was in an old outbuilding in the playground, where the school-keeper’s house is now. The gym transferred to its present site in 1950 when Jack Brender (the then Instructor) decided to utilise the empty space.

The gym in those days was primarily a weightlifting and bodybuilding gym with many strong, fit and active men in attendance. The gym has gone through many changes and personnel with Instructors such as: Jack Brender, Ken Marshall, Jimmy Savage, Bill Woods, George Manners, Jimmy Beaching, Ronnie Griffiths, Martin Bass, Pat Atteridge, Mark Welch, Heather Allison, Giles Greenwood, Abio Hamza and our newest addition Sauro Gardenal. Amongst the above were and are, some great Lifters and good servants to the Club.

The Bethnal Green physique lads, 1952. Ron is second from right

The one constant who linked all of them, was Ron Whittam. Whether it was going with Ronnie Griffiths and myself to the British Champs in the 70s with Gary Peck (Lightweight British Junior Champion), and running around parts of Birmingham with him to make weight, or watching Steve Zetolofsky smash a 380kg squat at Digbeth Town Hall to silence the Northern Lifters’ fan club, when taking the British title from Eddy Kirshaw, or sitting with me when we saw George Manners press 319lbs at Hornsey Town Hall and screaming like two school kids – He was there! On that day the winner was supposed to be picked to go to the Munich Olympics. (George wasn’t picked, but that’s a story for another day).

From weightlifting Comps at Crystal Palace to powerlifting Comps at The Green, Ron supported the Club and its Lifters. As a young man he Lifted for Bethnal Green and in 2011 BAWLA (now BL) invited him to collect an award for being the longest serving member. He collected a number of awards and certificates from Patrick Atteridge for taking part in the old British Weightlifting gradings, the two hand curl being his favourite. He would always volunteer when needed and even in his 80s he would still be the first to help me with the chairs and get the gym set up prior to competitions.

His enthusiasm for training was incredible, staying with him throughout his life.   When I first attended the gym along with Ronnie Griffiths in 1970, old Ron would be training – “no talking”, non-stop 8 – 10 exercises. If, at any time you tried to talk to him or interrupt his flow you would receive the following “don’t bother me I’m training”. Over time, when he realised that both myself and young Ron were here to stay, we became friends, passing on wisdom and stories to us for the next 45 years. His attitude to training was unlike many of the modern trainers. As long as you were training with weights, it didn’t matter whether you were a weightlifter, powerlifter, body builder or a generic weight trainer; keeping fit, strong, active and healthy was the goal!

He loved to lay in the sun and his yearly jaunts to Malta would result in him coming back the colour of finely polished mahogany (no fears about the ozone for our Ron). He was a magnificent swimmer, both in the sea and swimming pool, and on many occasions he swam with my children to raise money for his favourite charities. He joined the Serpentine Swimming Club in 2000 and became a favourite of all who met him. Even in his 80s, he would still be training 4 times a week. Tuesday and Thursday at the gym and swimming Wednesday and Saturday at the Serpentine – READ THAT AGAIN – Weights Tuesday and Thursday – Swim Wednesday and Saturday.

I saw him at the gym on the Thursday and the swimmers saw him at the Serpentine on the following Saturday, just a few days before he passed away. That was Ron!

For 20 years he had been a member of LEBA (London Ex-Boxers Assoc) and spent many happy hours chatting with his mates. For me it was a pleasure talking to someone who could tell me about all the old famous strongmen and body builders; Reg Park, Rueb Martin etc, who he had seen, as well as the numerous wrestling and boxing matches he had attended in and around the East End in the late 40s, 50s and 60s. He was a living link to the past. He spent all of his life within a mile of where he was born. In 1944 he was bombed out of his uncle’s pub at Old Bethnal Green Road (his uncle being killed by a V1 rocket). He then moved to a prefab in Ion Square (now Gardens) off Hackney Road and when new flats were built, he moved to Wellington Row where he spent the rest of his life.

Ron was always positive, enjoyed life, did his own thing and loved every minute of it. A good life and an example to us all.

Ron Whittam’s funeral will be held on 5th April 2016, at 12pm, at the City of London Cemetery. As a mark of respect, the gym will be closed on this day for both the morning and evening sessions.

Please note: this post has been edited to reflect our decision to close the gym all day on 5th April. 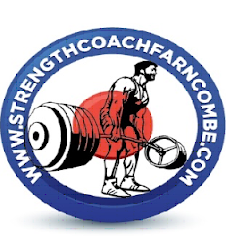 Renowned powerlifting coach and current manager of the GBPF British seniors team, Lawrence Farncombe, has put together a list of the top powerlifting coaches in the UK. We are proud to announce that our powerlifting coach, Martin Bass, is on this list, reflecting his success at both national and international level.

If you are in or near London and are serious about powerlifting, come and see us for some of the best coaching in the country. If you’re not near London, take a look at Coach Farncombe’s list to find a great coach near you.

From 11th July 2015 we have a new Olympic weightlifting coach at BGWLC! Sauro Gardenal is a former British Masters Champion in the 85kg class (2011 & 2012) with many years of coaching expertise.

Sauro will be coaching sessions at the gym on Monday, Wednesday & Friday evenings (see our Opening Times page). Olympic weightlifters are, as always, also welcome to train at the gym any time Sauro is not there.

Please join us in welcoming Sauro & wishing him the best of luck at BGWLC!

We are currently working with Tower Hamlets council to ensure our club is seen as fair and inclusive in the community. This is part of our effort to secure grant funding for the gym.

We are conducting a survey of our members & gym attendees, and invite you to fill out our survey online:

All information is anonymous and confidential, and you do not need to answer any questions you are not comfortable with.

There will also be paper copies available at the gym from tomorrow (Friday 29th May), if you would prefer to fill out the survey that way.

On 14 & 15 March BGWLC took a team of weightlifters to the BWL Masters championships, held at Lillieshall.

Mark B and Micky

A big thanks to Martin Bass who accompanied the lifters.

Bob Crisp sadly passed away on Christmas Day 2014, and laid to rest on Friday 16th January by his loving family and wife Sheila.

Always a mind of wisdom, on one occasion while coaching a lifter at an international he convinced the lifter to drop his opening jerk by saying in the manner of someone very wise: “That’s rather a very heavy weight to start with, I suggest dropping 10 kilos” which the lifter did, and went on to do a very good total.

Competing in his last World Masters in 2012, and winning the bronze medal, travelling all over the world with his good wife Sheila, he will be missed by many on both the national and international scene.

Always a fighter, overcoming many illnesses, Bob was an inspiration to all who had the pleasure to meet him. And so our sympathy goes out to all his family at this very sad time.

RIP Bob, from the Masters both north & south of the border, you will be missed.

The Bob Crisp Memorial Shield will be presented to the Best Female Lifter at the Southern Masters, in Bob’s honour.