As BGWLC has been open for 88 years, many weightlifting & powerlifting legends have passed through its doors, and we wanted to profile them to create a record of their achievements. Where better to begin, then, than with Ernie Parkes – a true Bethnal Green legend and member of the club since 1966.

Ernie began his lifting career with weightlifting and traditional feats of strength, before moving into masters powerlifting, both equipped and unequipped. His crowning achievement (so far!) has been taking the IPF Masters 4 world record unequipped deadlift in the -83kg class this year, with an amazing 210kg. 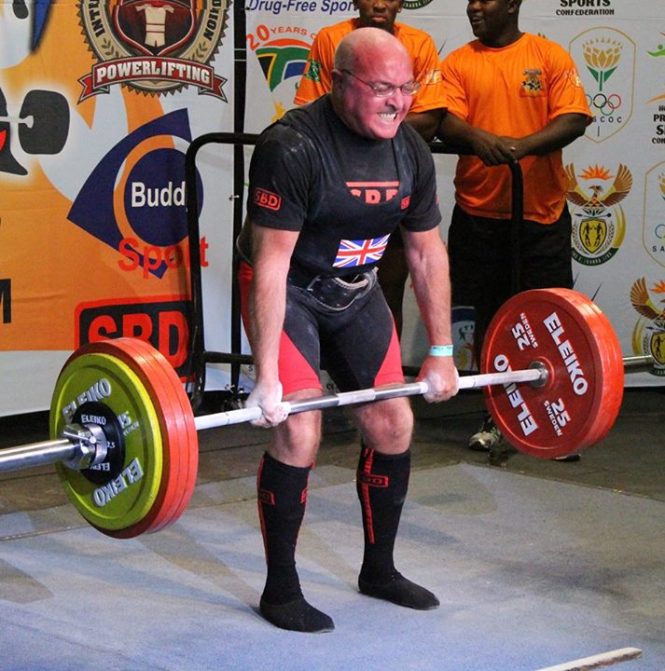 Let’s hear from Ernie in his own words:

How long have you been lifting?
I started lifting around 1965. I was a late starter having joined the army at the age of 17. In time I went through the Army School of Physical Training and qualified as a PT instructor, during which time I did some weight training which was a good grounding for what was to follow. So that was about 50 years ago – pains me to say that.

How long have you been lifting at Bethnal Green?
I first joined Bethnal Green in 1966. I trained there until about the mid 1970’s when I moved out into Essex. Came back to train there about 5 years ago when I decided to compete at masters powerlifting.

There was also a British record dumbell swing of 75kg at 75kg bodyweight. I have in the past set a number of British records but will not bore you with the details. 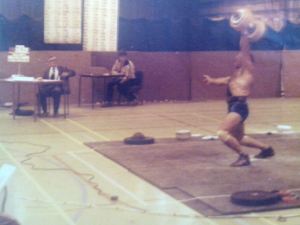 What’s your favourite lift?
My favourite lift used to be the standing press, which was deleted from official competition after the 1972 Olympic Games. Nowadays I’d have to say it’s the deadlift.

Name some other lifters you admire & why
When I was younger I was a great admirer of Waldemar Bazanowski of Poland. He was a former World and Olympic Champion in the 67.5kg class and one of the few who still used the split style on the clean and jerk.

Also George Newton whom I trained with at Bethnal Green, another great exponent of the split style on both the snatch and the clean and jerk.

What made you decide to start lifting?
My grandfather was a champion weightlifter many years ago, as was his brother George, probably better known as a strongman. He performed his act at the London Palladium on the annual Health and Strength show in 1952, a big occasion in those days. My grandfather was an instructor at Bethnal Green in the early 1930’s and George would sometimes train there in the late 1960’s. 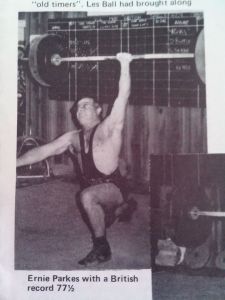 What do you feel has been your biggest achievement in lifting so far?
Longevity and perhaps competing in the 1970 Commonwealth Games. I had a few setbacks in the early 1970’s and came close to giving it up but as is evident, I am still going. In sport, as in life, perseverance is paramount.

What do you enjoy about lifting at Bethnal Green?
It’s a place where people can focus on competitive lifting, impossible in places such as Fitness First and others of that ilk. It accommodates all ages, male and female, and everyone is given the same level of encouragement.

What advice would you give to anyone interested in starting weightlifting or powerlifting?
Enjoy what you are doing, don’t worry about what other people are doing, just do the best that YOU can do. And if you want to compete you will not find a better place to train than Bethnal Green.

Want to train alongside Ernie? Join us at BGWLC!